Want fish that are table size

It's no so easy to find jade perch in any retail outlet in any of the Australian cities. There is not enough production for it to be offered to the broader market. It's a long story, but essentially all these fish come from family businesses. Farms run by families. They are all making a good, secure living. It would be a big move, and risk, to jump to the "broarder market", supermarket outlets. The Asian community in our cities pretty much consume all the production. I personally have been looking into the option to have it delivered to "mum's" door. It's an obvious market, health conscious mum, or just generally health conscious people that want to eat this regularly. The best I can do at the moment is send it in a box lots, of whole, chilled jade, or silver perch, which you must collect from your local airport, and you collect it there.

We would have to pack a minimum of 15kg.
Freight is minimal, I can let you know exactly if you are interested.
The fish will be $22 per KG.
Shipping is every Tuesday and Wednesday.
You can pick it up next morning. We can sometimes send on a direct Sydney flight to arrive in a couple of hours from packing, or a few more hours to Melbourne or Adelaide. Email me if you are interested: This email address is being protected from spambots. You need JavaScript enabled to view it. 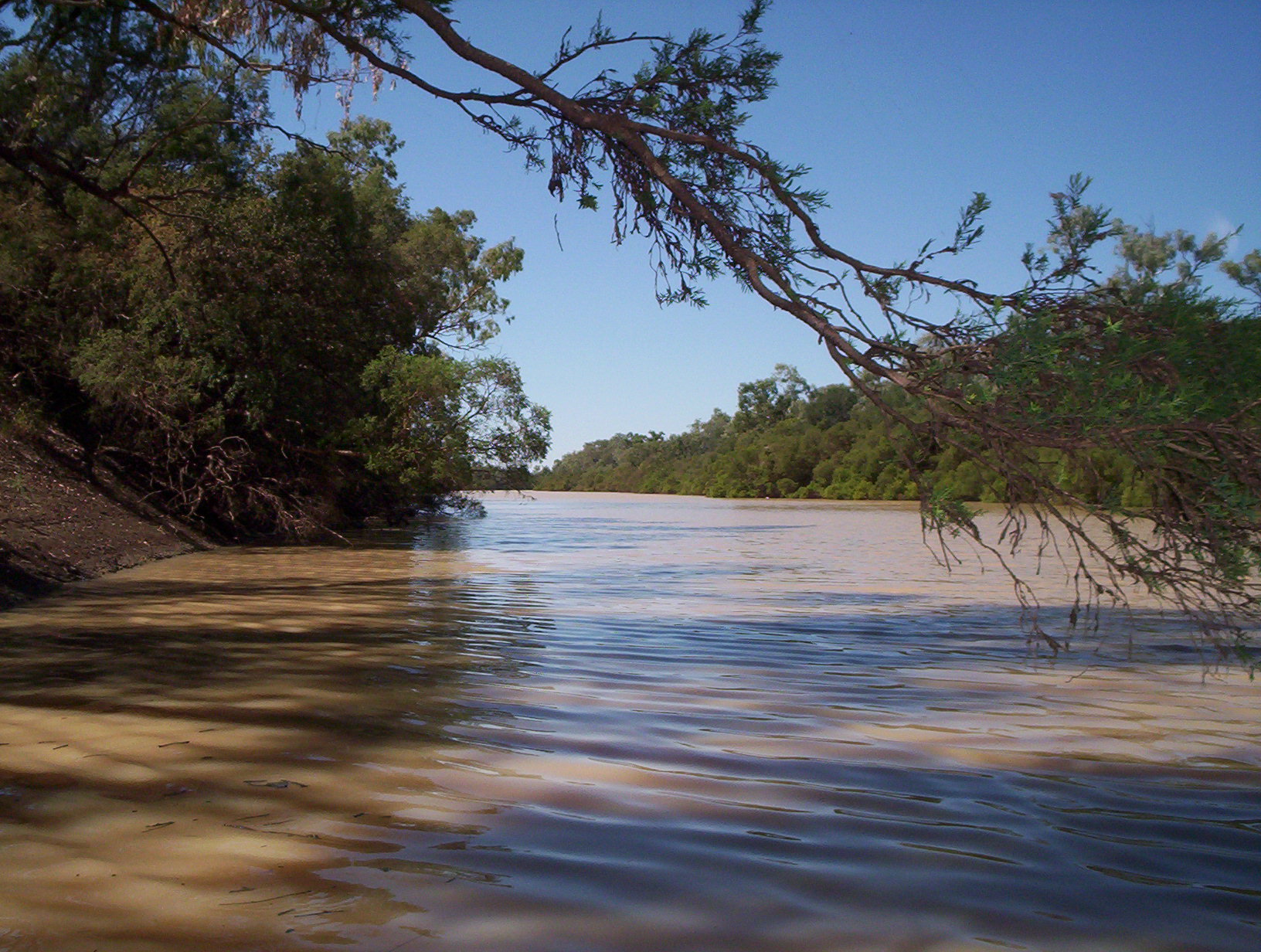 The fat contained in these Australian JADE perch is the “good” fat, omega-3.

Way back in 1998 of over 200 seafoods tested by the CSIRO Jade Perch contained the highest levels of omega-3.
The second highest was the Swordfish, 1,667 milligrams of the good oil to every 100 grams.
Australian JADE Perch, from Queensland contained an incredible 2483 mg/100gm of omega-3 oils.

The marketing name, "JADE perch" was chosen because of the distinctive greenish, (JADE) colour displayed by the fish as the light catches the dorasl area scales. Jade also suggests something of value, and valuable they are. They eat very well and have a firm, slightly flaky flesh.
The fish come from a very hostile environment. Fish in Australian rivers must be able to cope well with the “feast and famine” nature of the rivers systems in Australia. These rivers can be dry for months, even years. Large water holes are the surviving refuge for many species of Australian native fishes, including Australian JADE perch. The fish in these water holes predate on each other for survival. After flooding the natural food supply for these fish is abundant. This glut of food is a contrast in the extreme compared to a drought situation where the fish will find getting a feed very difficult. Also during winter (usually the dry season) the fish are inactive and probably rarely feed. The stored fat will be used to help the fish survive in these situations. This is the Omega-3 fat humans need to thrive.

The following is adapted from an article written by Bruce Sambell for the Aquaculture Association of Queensland INc. Newsletter November 2000, author Bruce Sambell.”

SILVER PERCH KNOCKED OFF IT’S PERCH
BY BRUCE SAMBELL
In 1998 the CSIRO completed their fatty acids analysis of JADE perch, and guess what, the levels of Omega-3 content in Australian JADE perch are higher than over 200 species tested. This means that the Omega-3 content of our farmed JADE perch is the highest of over 200 Australian seafood's to undergo these tests. This testing was conducted at the CSIRO Marine Research Laboratories, Hobart as part of an FRDC project 99/331.
Silver perch had already undergone tests for it’s Omega-3 levels, however some doubt had been cast as to whether the fish tested were in fact silver perch or possibly Welch’s perch crossed with silver perch. The CSIRO subsequently confirmed the previous results. The samples were provided by the Government Research Facility in Grafton New South Wales.
Omega-3 results for Silver perch and JADE perch showed that JADE perch has 11.1% Omega-3, compared to Silver perch with 9.9%. Both species have excellent levels of omega-3.
JADE perch oil in the flesh, 24.1% compared with Sawfish with 1667mg per 100g.
There are also some differences in the other “oils”. Some are higher in Jade Perch, some are lower, but all are very good overall!

What about this stuff (omega-3) ? What’s so good about it? Well it seems it really can help you live longer. It has benefits to human blood vessels, helps protect against heart rhythm disorders, may even help protect against some forms of cancer. The list goes on, infants brain and retina function and development my also benefit, as well as reduce coronary heart disease, high blood pressure and rheumatoid arthritis.
Our Perch also contains lower levels of cholesterol than chicken, beef and lamb! Not even alternative products such as chicken, beef and lamb have anywhere near the levels of omega-3. JADE perch has 10 to 100 times more omega-3 than these more traditional food products.
Here are some quotes from the CSIRO,
“the unique nutritional benefits of marine oils come from the effects of their long chain omega-3 polyunsaturated fatty acids, and particularly DHA and EPA.
“the body can only make small amounts of these fatty acids and therefore we rely on dietary sources...
“ Australian fish have higher levels of the beneficial fatty acid DHA than fish from northern hemisphere waters.
“Other beneficial oils present in seafood
(a term which includes farmed fish ...) include omega-6AA which is important for growth and seems to play a role in our general good health and well-being.
Omega-3 found in Australian JADE perch...
Reduces Aggression. You are less likely to express stress-induced aggression if your brain is under the influence of fish oil, according to Japanese researchers. In a new double-blind test of 41 adult students, those taking 1.5 to 1.8 daily grams of DHA fish oil for three months did not become more socially aggressive at a time of severe mental stress: final exams. In contrast, students taking a dummy look-alike capsule showed significant jumps in social aggression, as measured by psychological tests. This effect on stress may help explain how fish oil prevents heart disease. Stress hormones triggered by hostility and anger can constrict arteries and accelerate the formation of blockages, research shows; fish oil may suppress the release of those hormones.
Stimulates young minds. Foetuses and infants must get sufficient omega-3 oils for optimal brain development, says William Connor, Oregon Health Sciences University. In one telling study of premature infants, those fed breast milk had 8 points higher I.Q. at age 8 than those fed standard infant formula. Connor credits breast milk's higher amounts of DHA for that superior intelligence. In infant rhesus monkeys deprived of omega-3-type oils, Connor found severely impaired visual acuity and behaviour indicative of a neurological defect. Autopsies revealed abnormalities in brain cells. Connor advises pregnant women to eat fish a couple of times a week, especially during the last trimester, the time of greatest foetal brain growth. And breast feeding is preferable to infant formula, he says.

Blunts Brain Damage? Fish oil may eventually be proved to lessen alcohol-induced brain damage, Salem says. He explains that excessive alcohol depletes brain levels of omega-3's -- DHA in particular -- which leads to neurological damage and impaired vision. He put experimental animals on high-alcohol, low omega-3 diets for six months to three years. They suffered severe losses of DHA in brain cells and detrimental changes in brain functioning. Some scientists speculate that fish oil also may have a protective role in degenerative brain diseases leading to memory loss and dementia. The brains of deceased Alzheimer's sufferers, for example, show low levels of omega-3 fats.
Food for thought ! ?

The findings are published in a booklet titled...Seafood The Good Food II

Page 51 of that booklet shows the list of oils contained in Scortum Barcoo (which is commonly known as Jade Perch.)

And . . . apart from all that . . . they make a great meal. As Theodore Pung from Singapore can confirm. 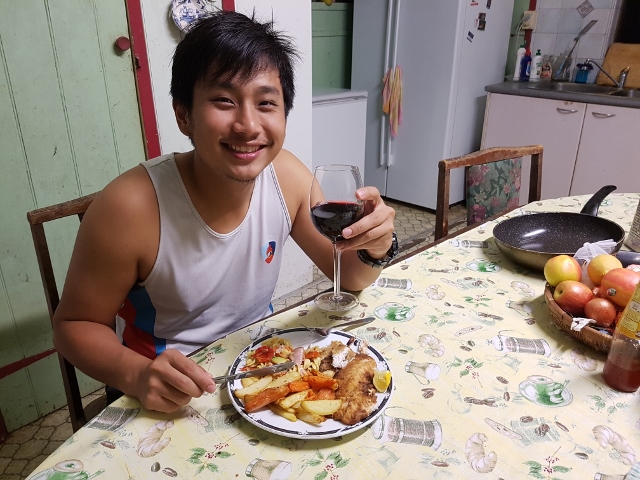 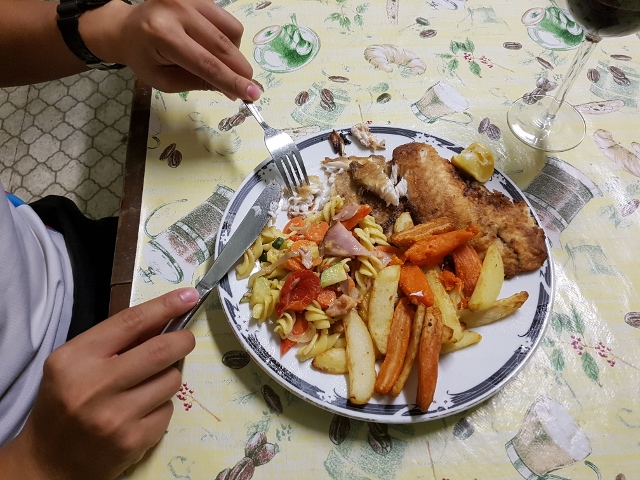 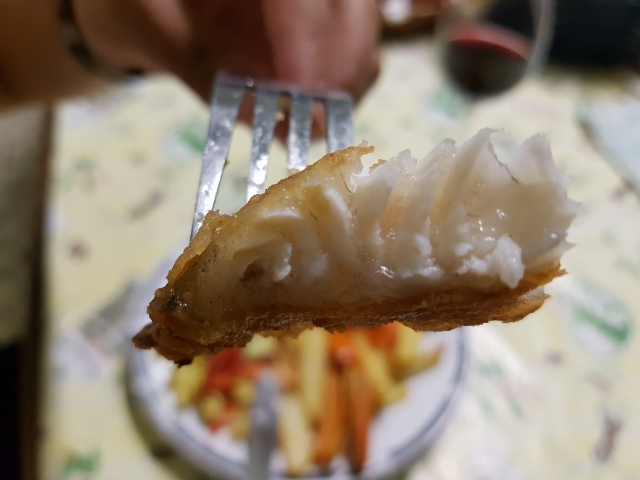 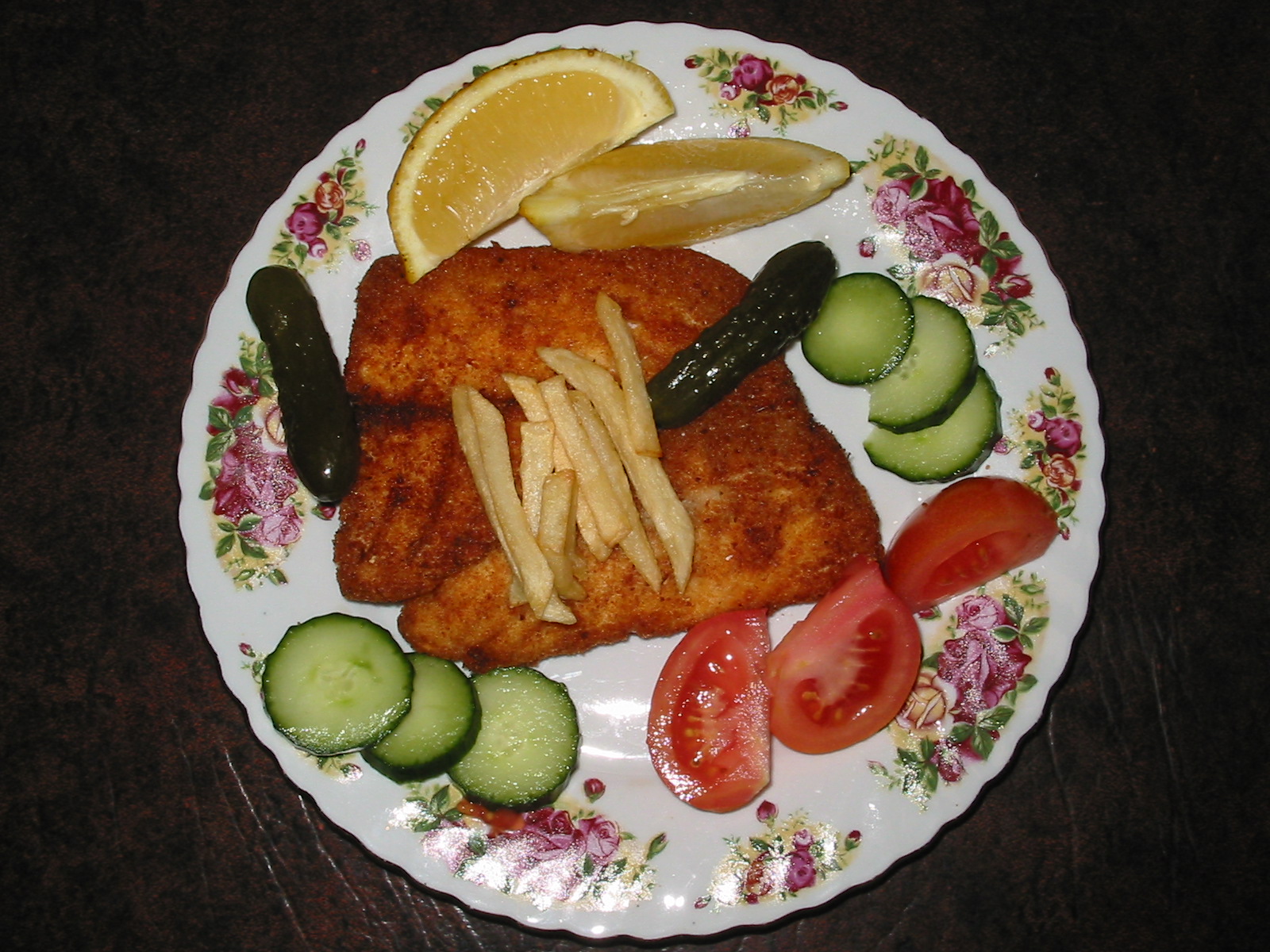 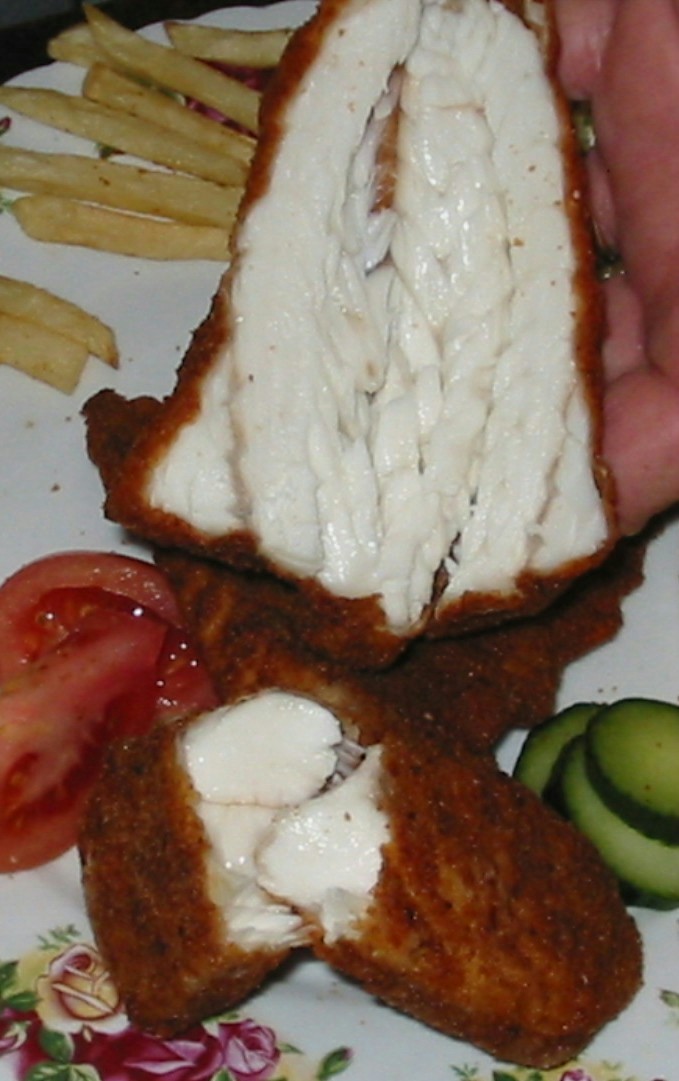